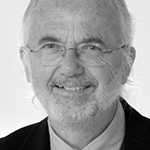 
Dr. Jan Huizinga teaches and has his research laboratory at McMaster University in Hamilton, Ontario. He is professor of Medicine and Biomedical Sciences.

His research focuses on the role of Interstitial cells of Cajal in the control of motility of the gastrointestinal tract. He has published widely in Nature, Nature Medicine, Gastroenterology and other professional journals. He has received many awards such as the Third Janssen Award of the International Motility Society, the research excellence award of the Canadian Association of Gastroenterology and he also received the Merck Frosst award from the Canadian Pharmacology society.

Dr. Huizinga, with his clinical colleagues at the Farncombe Institute, is now preparing for a HRM colon motor function clinical lab at McMaster University. He recently received the 2015 Canadian Association of Gastroenterology Visiting Research Professor Award.

His research focuses on control systems of gastrointestinal motility with primary focus on the role of interstitial Cajal, and a secondary focus on the enteric nervous system.